VIDEO FOLLOWS program and comments
Old Mother Hubbard  (set in the manner of Handel)         Victor Hely Hutchinson
1901-1947
The Black Swan  from The Medium                                   Giancarlo Menotti
(1911-2007)
Lime Jello Marshmallow Cottage Cheese Surprise            William Bolcom
(1938-        )
Medley from My Fair Lady                                                   Lerner & Loewe
Betty Oberacker and Carolyn Kimball Holmquist feature this afternoon a selection of songs spanning the gamut of stylistic and emotional spectra: A parody of nursery rhymes, horrifying lullaby, comedic aria, absurd cabaret, and medley of a now-classic American musical
The British musical polyglot Victor Hely-Hutchinson (1901-1947) had a childhood analogous to that of Mozart. He apparently could recognize and sing notes before learning to speak! So his family immersed him in musical study early in his life, which afforded him the opportunity to study with the great Donald Tovey. Around 1909, the Hely-Hutchinson family moved to Ascot, where Tovey lived, so the young Victor could study regularly with him. Victor’s lessons consisted of piano technique, composition, and music history. Tovey noted the boy of 10 was supremely gifted in composition, as evinced by the boy’s 1912 song “Old Mother Hubbard.” Tovey’s blended approach to lessons seems to have informed the young Victor’s creative prowess, as “Old Mother Hubbard” parodies – even mock’s a little – Handel’s operatic style. In the larger context of Western music history, looking back to master’s of the 17th and 18th centuries characterized the early-modernist period, and all but defined the neoclassical period that followed.
Italian-American composer Gian Carlo Menotti (1911-2007) also reached back to an operatic tradition in his works, that of the Italian school, as demonstrated in “The Black Swan.” This piece comes from the opera The Medium, which had a successful run on Broadway, New York City, beginning in 1947. The Medium critiques with bleak, unforgiving drama the emotional manipulation that often befalls bereaved persons at the hands of pseudo-spiritualists, psychics, and mediums. “Swan Song” closes the first half of the brief, two-act opera in which the young girl Monica sings the lullaby to calm her incensed mother, the medium Baba, after having been visited by an unknown spirit. Critics almost unanimously agree on “Swan Song” as the most memorable and popular tune of The Medium.
“Lime Jello: An American Cabaret” (1980) takes a turn away from the operatic and steps toward, as the title suggests, cabaret and vaudeville with this wildly funny culinary concoction. William Bolcom (b. 1938) is one of the most recognized names in American contemporary classical music, due largely to his versatility. He penned symphonies, string quartets, piano rags, organ works, art songs – all of which in styles ranging from jazz to serialism. This song demonstrates Bolcom’s ability to convey humor and even satire. Listening to this piece has the peculiar effect of describing the recipe of a sweet and savory jello casserole – equal parts fascination and repulsion at the absurdity of it all.
The 1956 musical My Fair Lady became the most successful of the decade with over 2700 performances. Composers Alan Jay Lerner and Frederick Loewe wrote the classic musical on the heels of Brigadoon and Paint Your Wagon, and it became the musical for which they were best known. By then, the duo had garnered more notoriety than Rodgers and Hammerstein. From My Fair Lady came such memorable tunes as “I Could Have Danced All Night,” “I’ve Grown Accustomed To Her Face,” “On the Street Where You Live,” and “Get Me To the Church On Time.” Oberacker and Holmquist complete their performance with a medley on such famous melodies.

Comments Off on Kim Holmquist in Concert 2019

Here’s the video and program for Kim Holmquists’s Bernstein concert at the Santa Babara Public Library in early March.  She is still astonishingly good, seems to get better every year.  Bravo and thanks, Kim.  What a fabulous concert!

I Hate Music! A cycle of 5 kid Songs.  Bernstein wrote both music and lyrics shortly after graduation from Harvard.

What a Movie!, from Trouble in Tahiti, a one act opera in 7 scenes about a troubled marriage in suburbia.  Dinah goes to see one of those potboiler South Sea Island movies but gets caught up in the romance.  Bernstein wrote both music and lyrics.

I Am Easily Assimilated from Candide.  Though there are many lyricists for Candide, Bernstein himself wrote these lyrics.

Comments Off on Kim Sings Bernstein

Posted on October 9, 2017 | Comments Off on Myra Small Sings

From Myra Small:  “Singing in the Tel Aviv Philharmonic Choir means learning, sharing, and enjoying quantities of beautiful music, laughing with friends, overcoming challenges, and even preserving sanity in difficult times.  A few of our many performances are available on YouTube or Facebook including:

Thanks so much for sharing with us, Myra!

Comments Off on Myra Small Sings

In May 2017 Kim Kimball Holmquist sang a beautiful program at the Faulkner Library in Santa Barbara.  It is always astonishing to hear her amazing singing.  Enjoy the show!

There was a video of this beautiful program which is listed below, but the video was defective and we’ll have to be satisfied with just the audio.  Congratulations, Kim!  How beautiful.

Comments Off on Listen to Kim!

In the spring of 2015, Judy Marshall Kennedy performed in a concert/recital after studying piano for a very short period.  Judy, fill me in on the details.  I love this photo, and I depend on Judy for inspiration! 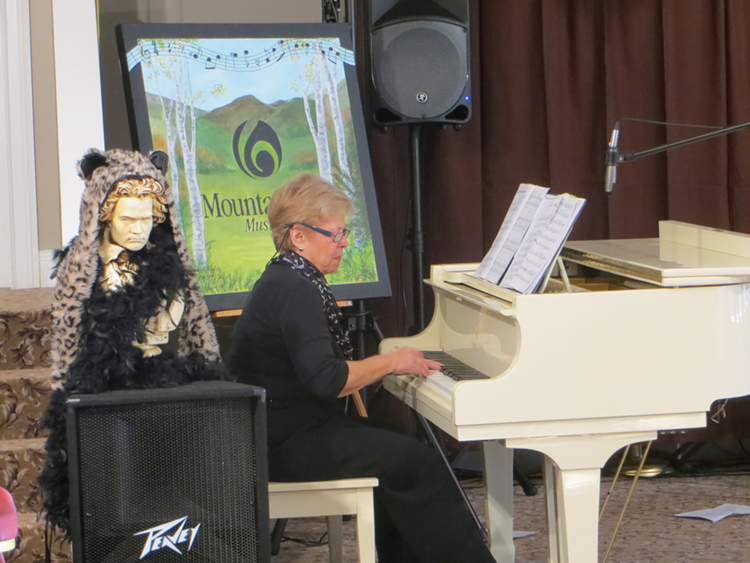 Comments Off on Judy Plays

Had a great 2 month run as the Mother Abbess (Rev Mo, as the cast called me!) at the Candlelight Pavilion in Claremont, CA.  Best cast I’ve ever worked with so I felt very blessed. 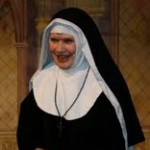 Still the best Mother Abbess ever! 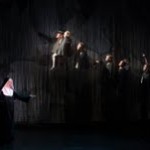 There they go. Over the mountain to freedom!

Comments Off on Kim Kimball Holmquist in Sound of Music, spring 2013 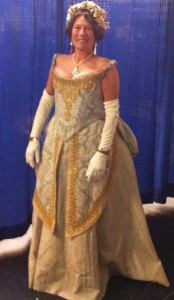 I was in a production of La Traviata with Opera AACC in Maryland last summer.  It was a terrific production, gorgeous principals, amazing costumes and sets, and it was a super challenge to learn the entire rapid chorus in Italian!  I think it was the pinnacle of all my opera productions because the standard was so high. What fun we all had.

Comments Off on Liz Hottel Barrett in La Traviata, June 2012

Posted in Performing, The Arts