January 20, 2018.  And so we were back at it, only this time with more messages and more determination. Jenifer Marx sent this first wonderful photo.  The others are from my march, and it was a great day.  Now I’ve signed up to support this candidate and that.   We have lots of good women candidates for local elections including our state senate.  Good stuff!. 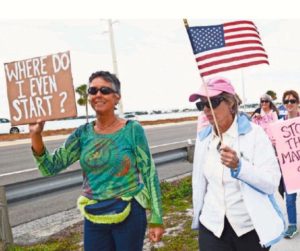 There is a connection between the Women’s March and “The Post” which we’ve all been watching and loving.  Judy Kennedy comments that “this is very definitely far more than just a good first amendment story about freedom of the press.  With the anniversary of the Women’s March on Washington coming up…, this is Spielberg/Streep/Hanks’s “gift” to the cause.  While I’ll be “marching” iand “freezing to death” in the tiny town of Jackson NH again this year at noon, I might just go and see this movie all over again once we’re done with the march — to catch the nuances of the performances and pay a more quiet tribute to people like Kathryn Graham who ultimately put principle before everything that had ever meant anything to her and her life.  Incredibly inspiring — it’s what we have to “demand” of ourselves and everyone else for the future. As Betsy says, the ending will make you and every other woman tear up while your chest pounds with pride.  And Rocky, thanks for your fascinating insider comments.  Liz — take note, those are worth preserving on the class website and as part of the MHC archives.”

I asked Republican classmates if material from the March would be offensive to them.  The answers were that while they would not be offended, they respectfully ask that people shouldn’t expect everyone to agree with them.

Here’s a picture of Liz Webfoot at the March in Annapolis where the crowds were huge.  Her sign reads “We are the backbone of this nation.” 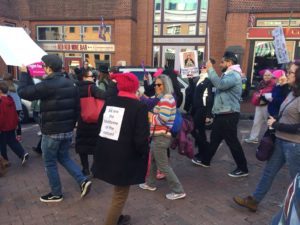 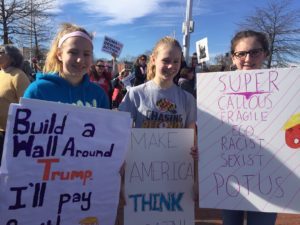 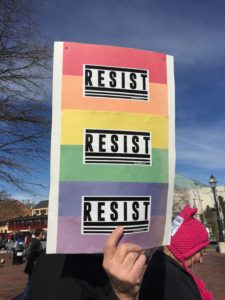 It was exciting to see the enthusiasm of all the people.  Although most were women, there were a good amount of men which pleased me.  There were many organizations which have formed over the past year to help women become first class citizens.  It was inspirational. 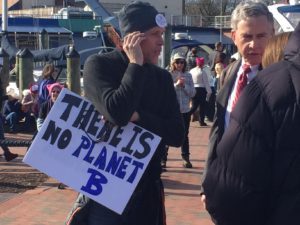 I think everyone had a really wonderful day!

This says it all! 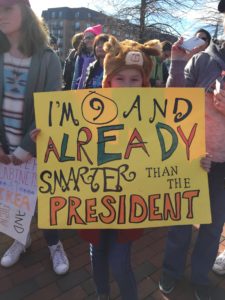 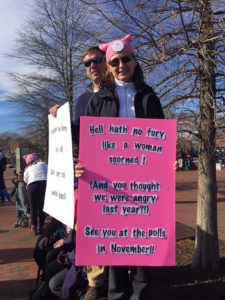 Post Views: 664
This entry was posted in Women. Bookmark the permalink.