Trudy Levy ’69 has been active in her MHC 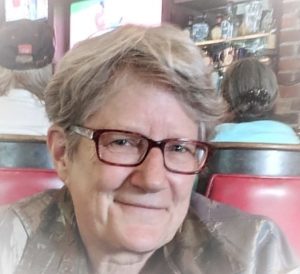 Class since graduation, holding many positions, but it was not until she hit San Francisco in 1990 that she discovered the clubs, the perfect place to meet like-minded interesting women.  Shortly after moving to San Jose, she was invited to join the board by Barbara Monks as Secretary. Finding this a less than ideal position for herself, she created a new position the following year, the co-communications position responsible for electronic communications or social media. Trudy had been interested in technology since her architectural practice in the ’80s and ’90s. Then the internet hit town and she became an avid proponent of global knowledge through the web. 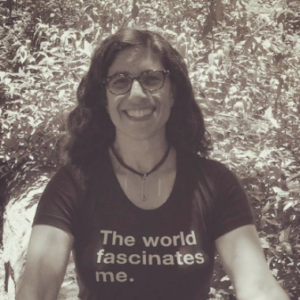 thrilled to be reconnecting with our MHC community and local club. Her MHC experience taught her that as a woman, she could do anything she set her mind to doing. Initially that meant researching Chinese Sign Language, but eventually her interest in research itself prevailed and she became a librarian. In corporate libraries, research skills camps and classes, tech company outreach activities, and now schools, Tasha investigates and teaches how expert researchers get the job done. A passionate believer in the power of women’s education and gender diverse learning communities, Tasha finally settled down to apply her content, skill, and attitudinal learning from MHC in her job as an instructional librarian at a local girls’ school. In her free time, Tasha enjoys hiking, board games, quilting, and … thinking about research.

Marie grew up in Watsonville and her first introduction 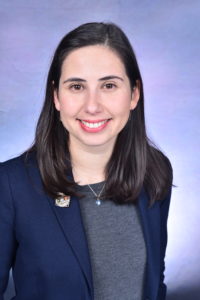 to the Mount Holyoke Club of the Peninsula was the new student send off in the fall right before leaving for her freshman year at MHC. She went on to graduate as a physics major from MHC in 2009. She has been involved with the club since moving to San Jose in 2014. After attending a few events, she joined first as a member-at-large, then Young Alum Coordinator and eventually transitioning to Treasurer in 2017 and now Communications chair in 2020.  She is working as an engineer at a genetics lab designing and building interfaces for electronic lab results and order delivery.

Hiking above the fog on Mount Tamalpais one 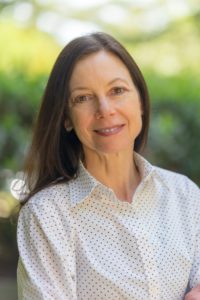 Mountain Day, Peri Caylor ’83 was inspired to join the Mount Holyoke Club of Northern California. She enjoyed cultivating friendships with women of different generations whose backgrounds and interests—aside from Mount Holyoke—differed from her own. Being involved in club events transported her beyond her daily work as a full-time mom and housewife, and her life grew richer for it. Peri has been part of the Mount Holyoke Club of the Peninsula since 2011, and this year is thrilled to be working with a group of talented women to further strengthen ties among area Mount Holyoke alumnae. With twins Mia and Eric now 20 and off on their own life adventures, she’s also building skills for a new job, pondering the state of the world, exploring the Bay Area with husband Scott, and indulging her passions for cooking, and staying physically fit.

After graduating Mount Holyoke in 2016, Patricia Walchessen immediately missed the feeling of sisterhood that Mount Holyoke provided. She was a member of the Chicago and Baltimore alumnae groups and, when she moved to Monterey, jumped at the chance to join the Northern Peninsula board when she heard the young alumnae position was vacant. After graduating from Mount Holyoke, she completed her masters in Biomedical Engineering from Johns Hopkins University and is currently working as a data scientist at Northrop Grumman. In her spare time she loves baking and enjoying the outdoors. 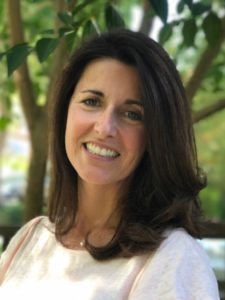 Holyoke Club of the Peninsula has been a great opportunity for Laura Prentiss ’91 to meet local alumnae and to learn more about Mount Holyoke in the 21st Century. Raising three daughters, ages 11,15, and 18, keeps Laura busy, but she makes sure to get to the annual Fog to Foliage send off for new students and the Founder’s Day ice cream social! Laura who was a politics major at Mount Holyoke and received her Masters in Social Work from Columbia University in 1996, stays engaged with issues that are important to her by running education workshops for parents on “How to Talk to Children About Healthy Relationships and Sex,” serving as a parent representative on the Palo Alto School District’s RISE Task Force addressing sexual assault/harassment, and serving on the board of the Mid-Peninsula YWCA’s Donor Advised Fund.

One of Helen’s mother’s friends in the Navy—they worked adjacent to actual “code girls”!—had gone to MHC. Her mom was so impressed by her friend that she encouraged Helen’s older sister, DD, to attend, and she did. Helen followed DD. There are reasons it was not the best choice for her, but she made good friends and loved being in the modern dance club, Glee Club, Chamber Singers, and V8s. She was a Montessori teacher for a few years, and also worked as a medical transcriptionist. In addition to singing with California Bach Society, Helen has a permaculture garden, reads and does crosswords voraciously, and goes dancing and hiking when her knees allow it! She has not in the past been an active alumna, but she’s now enjoying getting to know the Peninsula club members and serving as the board secretary.